Hard to believe the extent to which the Russians are pushing the Nazi meme despite all evidence.

Both Soviet patriotism and the fake sort of patriotism that Putin attempts to invoke derives its legitimacy from winning WWII. Defeating Nazism two and a half generations ago is pretty much all they have.

Hence you get this ridiculous billboard in Crimea: 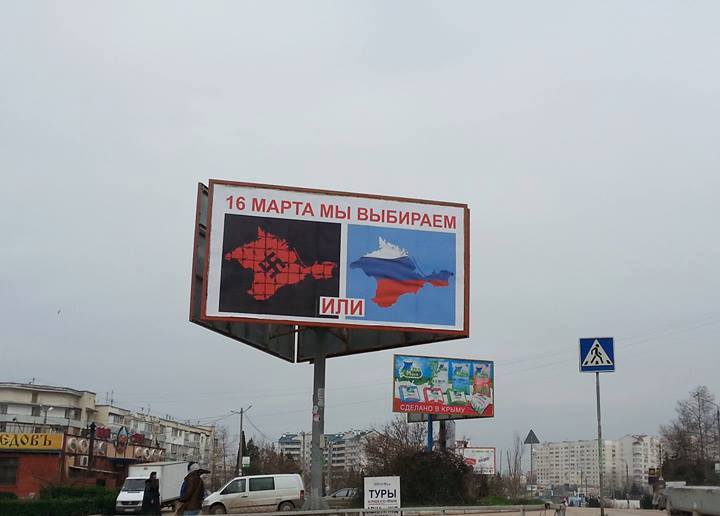 I can’t imagine too many residents take it seriously, having lived there for the past twenty years of corrupt but otherwise tolerant Ukrainian rule, and with even special provisions made for Crimean autonomy.

Someone should sneak up there at night, paint over “ili” and put an “=” sign.