Putin: “And let’s see those troops try to shoot their own people, with us behind them — not in the front, but behind. Let them just try to shoot at women and children! I would like to see those who would give that order in Ukraine.”

From Pavel Gubarev’s own website: “Don’t pass up any opportunity to engage in some atrocity that can be blamed on the junta’s fighters.”
http://romaninukraine.com/from-gubarevs-own-website-dont-pass-up-any-opportunity-to-engage-in-some-atrocity-that-can-be-blamed-on-the-juntas-fighters/

Instructions for Russian Special Forces in Eastern Ukraine intercepted: use women as a voluntary shield
http://romaninukraine.com/instructions-for-separatists-in-eastern-ukraine-intercepted-use-women-as-a-voluntary-shield/

DNR terrorists dug trenches in Makiivka residential quarters, locals chased them out and filled in the trenches.
http://romaninukraine.com/dnr-terrorists-dug-trenches-in-makiivka-residential-quarters-locals-chased-them-out-and-filled-in-the-trenches/

Russian Snipers Expelled Residents from Their Homes in Shakhtarks and Shot at Ukrainian Soldiers from There:
http://romaninukraine.com/russian-snipers-expelled-residents-from-their-homes-in-shakhtarks-and-shot-at-ukrainian-soldiers-from-there/

Rebel armour parked near a residential bomb shelter full of pensioners in central #Donetsk. More on @BBCNews at 10 pic.twitter.com/Gzf9Ks6Fk3 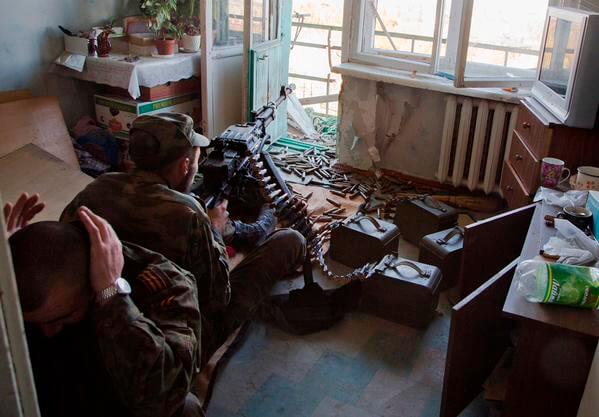 Russia advertises this bombing of a playground without showing the Russian Armor and infantry located there:

#Ukraine shells #playground in #Donetsk … What the hell did you expect??? #UkraineUnderAttack pic.twitter.com/hARKAL3heK

Lastly, Russia’s stories about Ukrainians killing civilians need to be taken in the context of their shameless and outrageous lies. They’ve published footage from their own massacres in Chechnya and Georgia and claimed it was Ukraine. They’ve published footage from Bosnia, Syria and from movies. They’ve lied about baby crucifixions and staged massacres many times.
details here: http://www.examiner.com/list/russia-s-top-100-lies-about-ukraine 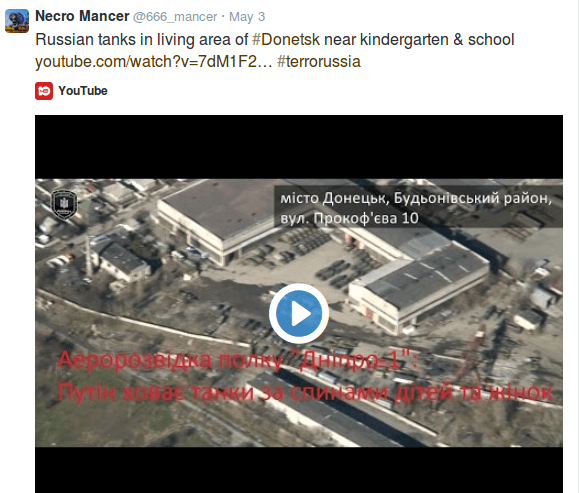 Evidence of shooting from residential areas: