Great pictures of the London protests can be found here.

These are the socialists. They believe they are entitled to receive something and a price of their choosing. No doubt they also consider the ongoing economic crises (which is about to get *MUCH* worse), as part of the same conspiracy that raises their tuition.

It is important for those of us who believe in liberty to win the intellectual debate, to point out to the world that it is exactly the same sense of entitlement felt by government, its vast bureaucracies, and its constituencies, that leads to the catastrophic economic crisis we are about to face.

Despite having had quite a few friends who were cops, I am wary of police and the government monopoly on violence. However this is a protest in which security (public or private) had a very appropriate role.

One of the pictures shows blatant, senseless destruction of private property by protesters: 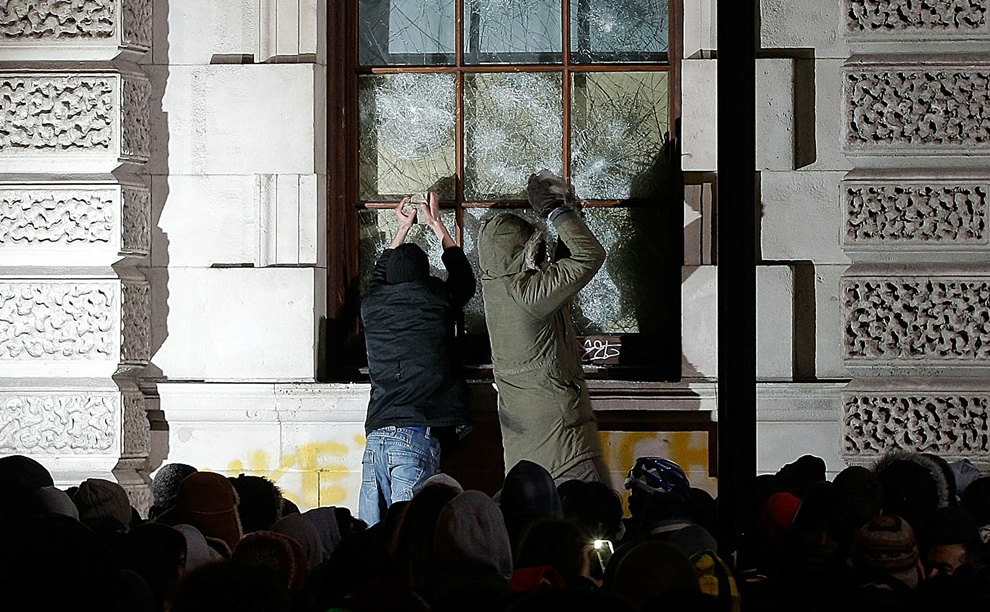