– Among whites, Gen Z has a less favorable opinion of communism certainly than do millennials and also probably than Xers. The survey doesn’t breakdown results by both race and generational cohort, but as seen below, support for communism is much higher among non-whites than it is among whites.

Given that Gen Z is about 55% white while Gen X is closer to 70% white, it’s likely that white Gen Zs report being modestly less favorably inclined towards communism than even white Xers do. Again among whites, zyklons are probably even knocking on the door of boomers, as the latter generational cohort is over 80% white. 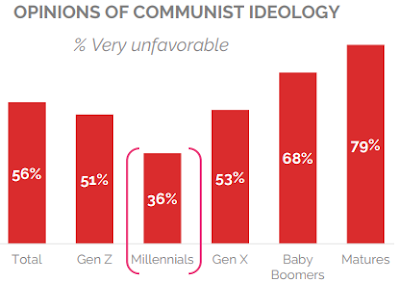 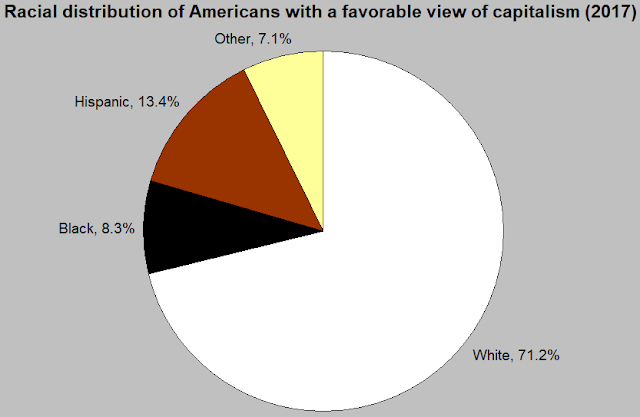 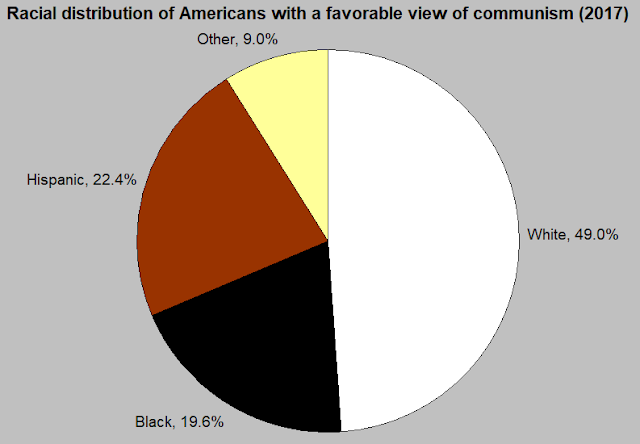